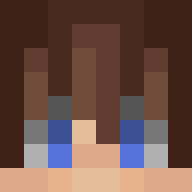 Jaimss
Owner
Hey all, as we do more and more work on our server from a development standpoint, I would like to try and keep you guys updated on what is going on. Although you can't physically see all the changes, there is a lot going on behind the scenes, and I want you guys to know that.


Over the past couple months, we have been reworking the way InfinityCraft works.​
Previously, this is how we have had our servers setup:​
Now we are working at a system more like this:​
If you hadn't noticed, the new system is a LOT better than the old one. It gives us more control over bug fixes, lets us roll out updates quicker, lets us respond to suggestions better, and should make your experience a lot better in general.​
​
One of the biggest changes over the past couple of days is that we are working on an EconomyAPI. For a long time, we have used an Economy system called Vault. It does a great job, but similar to the reason we are trying to get everything else under our umbrella, we wanted our Economy system to be ours. As servers reset, we will implement this new Economy and as we do that, we will be able to make some cool changes to discord and the forums:​
A lot of our systems are getting a lot stronger, so now is a better time than ever to let us know what we can do with them. We would love to hear your suggestions about ways we can make your experience better on InfinityCraft with new features.

If you stuck around until the end, congrats you get a cookie! ?
Infinity Craft Network Owner
About Me | Start a Conversation With Me
Make a Suggestion | Report a Bug​ 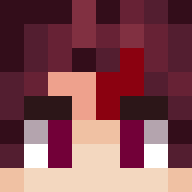 Jaimss
Owner
haha i take it that people liked the dev update for our server. i’ll try to do more of these
Infinity Craft Network Owner
About Me | Start a Conversation With Me
Make a Suggestion | Report a Bug​
You must log in or register to reply here.